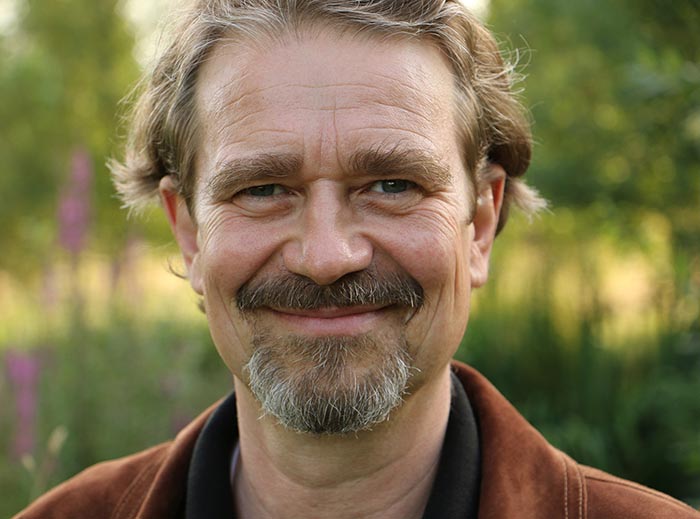 Walter’s work now focuses on coaching, leadership development and education, strategy and innovation support for emerging and accomplished leaders, their organizations and movements to develop more humane and just, peaceful and sustainable societies. His work integrates organizational and societal transformation with inner and interpersonal development. He is particularly interested in how we can move from information and inspiration to transformation and new action. His approach builds on thirty years of hands-on leadership of international businesses, educational and civil society organizations as well as on a deep experiential and conceptual exploration of eastern and western wisdom traditions, psychology and brain science. He chairs the Global Academy Foundation, the Global Leadership Network and Global Leadership TV, which support the development of a movement that evolves and embodies a new paradigm of leadership.

Walter’s ‘clients’ who are really partners in working for real change include civil society organizations and companies, educational and public institutions and their leaders as well as social entrepreneurs and creators, coaches and other leadership facilitators. In their great diversity, they share each in their own way a commitment to making this world a ‘better place’ – more humane and sustainable, innovative and effective. They include senior executives of Triodos, Europe’s leading sustainability bank for which Walter runs a two-year leadership development program and the leadership and staff of ForestEthics whom he helps to refine and embody a new model of conscious activism that effectively challenges adversaries while offering partnership to co-create sustainable change. At Sarvodaya, Sri Lanka’s largest NGO and social movement that works with thousands of villages to further sustainable development and economic innovation, holistic education and conflict transformation, Walter advises the founder and core team as well as helping to train thousands of community activists to strengthen the country’s movement towards participatory democracy. In Brazil, Walter is supporting Marina Silva and her team to empower the societal transformation movement that gained further momentum when she won 20 million votes in Brazil latest presidential election. In China Walter is co-creating with John Naisbitt, author of the Mega Trends book series, the China Innovation Platform that facilitates the co-creative dialog between local and international models for change.

In business, Walter was a personally liable partner of B.Grimm, a 130-year-old South-East Asian industrial group with roots in his native Europe. B.Grimm consists of over twenty companies operating in the fields of healthcare, telecommunications, engineering, real estate, infrastructure development and consumer products, also in partnerships and joint ventures with major European and U.S. corporations such as Carrier, Merck, and Siemens. After selling his participation to his brother to focus on societal transformation, Walter became an active investor in companies pursuing social and environmental goals. He also transformed an old family farm into a model for commercially successful and environmentally sustainable agriculture.

In the international movement to transform the economy, Walter co-founded Empresa, which now unites twenty CSR business organizations across the Americas that have a significant impact on reinventing business and economics; New Voice of Business, which by co-creating a coalition of political, civil society and business leaders, helped to facilitate a US$3.2 billion solar energy program for California; and chaired the Social Venture Network in Europe, the first trans-European association for corporate social and environmental responsibility (CSR) that also in cooperation with other organizations supported the emergence of Socially Responsible Investing, Micro Finance, Fair Trade, Social & Ethical Accounting, Sustainable Economics and Social Entrepreneurship.

In civil society Walter helped Human Rights Watch to create its European Union office and serves on its Europe and Central Asia advisory board. He is a member of the EU chapter of the Club of Rome; advised the United Nations, incl. as a representative for North America and Europe in the agenda development process for the Johannesburg Sustainability Summit and by briefing the General Assembly and various delegations at the Istanbul Habitat Summit on the potential of the above mentioned economic reform movements. After serving on many boards and in other organizational functions, he founded the Global Academy Foundation which before focusing on leadership development, created projects, which demonstrate that a different world is possible in the fields of reinventing the economy and globalization, transformative education and integral medicine, human rights and human genome technology.

In education, Walter co-created and taught in the first fully accredited MBA in Sustainable Management in San Francisco’s Presidio and the post-graduate Rotary Peace Seminar at Berkeley University. He designed and facilitated educational and deliberative programs for public and multilateral institutions such as at UN Global Summits and the meetings of the ministers of foreign affairs of the Caribbean and the ministers of health and education of Latin America, Portugal and Spain. Before the fall of the iron curtain he founded WE, which initiated hundreds of cultural and societal change oriented events in the countries of Europe’s former eastern bloc. He served on the boards of Omega Institute and Naropa University both leading institutions in transformative education. And he taught Germany’s the first generation of psychospiritual workshops for people with HIV/AIDS in the early years of the crisis when death und tremendous suffering was as common as legal discrimination and social rejection.

In the media, Walter is presently co-producing the Heart of Leadership, a TV series and an accompanying multimedia platform based on his dialogs with outstanding leaders in politics, sustainable business, social transformation, science, culture and sports who sourced their outstanding success in deep human inspiration. He is the co-editor and co-author of Leadership is Global – Co-creating a more Humane and Sustainable World, which he initiated for the Global Leadership Network he chairs. Presently it is being published in Brazilian, reedited in English and complemented by a Global Leadership Handbook and book about Global Leadership Education, which Global Leadership Network researches around the world. With Sarvodaya founder Dr. A.T. Ariyaratne, often called Sri Lanka’s Gandhi for his 50-year work with millions of people in thousands of villages Walter is presently working on a book on Buddhist economics and leadership.

Walter’s inner work and service is inspired by 30 years of psychospiritual practice, which is inherent in his work in the world. He studied with outstanding spiritual teachers who share his dedication to integrate inner work with action. They include Diamond Approach founder A.H. Almaas, Sufi master Pir Vilayat Inayat Khan, Harvard professor turned spiritual teacher Ram Dass, Vietnamese Zen master Thich Nhat Hanh, His Holiness the Dalai Lama and other Tibetan and Theravada Buddhist teachers. He also explored and taught various psychological and somatic approaches, served on the board of the European Association of Transpersonal Psychology and co-chaired the Institute of Noetic Sciences, founded by astronaut Edgar Mitchell to integrate science and consciousness. Walter translates these ancient and modern approaches to individual and collective transformation into the needs of today’s hands-on leadership for change.

Watch Walter Link in dialogue with Joseph Jaworski about the importance of leadership development and personal maturation to social change.

Walter Link & Joseph Jaworski in dialogue about the apparent paradox for the necessity of maturation for leadership and innovation, and the urgency of addressing need for social change and development of sustainability.